Well, we're back in SoCal now after visiting relatives, Resident Astronomer Peggy's brother, Don in rural southern Illinois in the little town of El Dorado.  Now it turns out that that location is on the total eclipse path for the August 2017 eclipse.  So, we had to check out where
we could set up some scopes if we happened to land there during the eclipse.  Check out the attached photo of their front lawn, out of 6 acres, where we could set up. 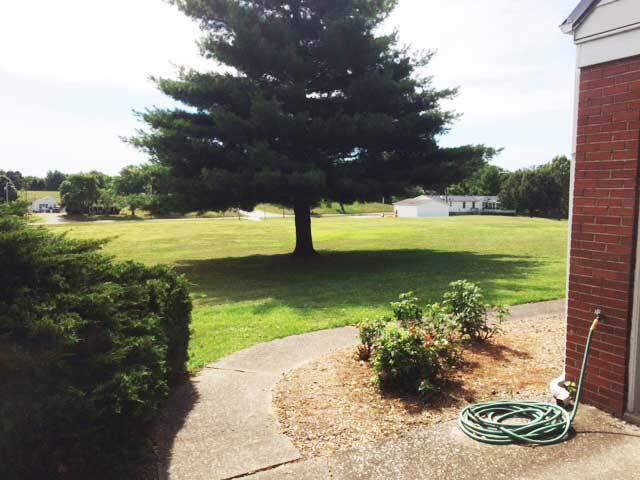 That looks great, we probably could get hundreds of astronomers all set up there, but we had already selected our site in Casper, Wyoming, primarily because of the collocation of an astronomy conference at the same time.

Now, I grew up in a small town, so I knew what being in a small town would be like.  I knew there probably wasn't a place to get a martini in the whole town and maybe the whole county.  Luckily, we had some great martinis in St Louis before our drive to southern Illinois.  By the way, if you find yourself in St Louis, you might want to check out Caleco's Restaurant, which had some of the best martinis ever and of course some of the best BBQ too.

Anyway, when we got to Illinois we were treated like royalty at Don's and had a great time there.  During some of  the downtime between being with relatives, we were able to catch up on some reading.  My favorite was "Gravity, from the ground up" by Bernard Schutz.  This book, recommended by Searching for Gravity Waves, Dr Gary, has turned out to be one of my favorites for coming up to speed on gravity and general relativity.  Now, I have Schutz's classic general relativity book and several others by the likes of such experts as Sean Carroll and Steve Weinberg, but this new book does the best job I've found of explaining the Einstein's general relativity theory in the simplest and most clear terms.  Thank you Dr Gary.  It's finally helping me get to the point of understanding the "rubber ruler" paradox that I mentioned several months back with regard to the detection of gravitational waves and whether we would actually be able to hear a sufficiently strong wave.

Anyway, I wanted to pass on an example from the book where Einstein is really simplified.  See the attached photo from the textbook. 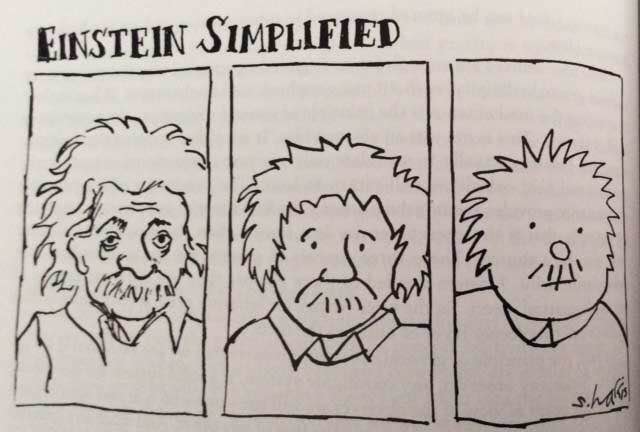 See, it's  really getting easier once you get the simplified version.

Finally, on one of our last evenings there we found some strange lights in the sky, even though the skies were mostly clouded over all the time.  The lights were from many fire flies that were flitting about hither and thither.  Now this is only the second time in my life, that I've ever seen fire flies.  The other time was here in southern Illinois too.  Wow, I was so excited again to see fire flies.  I was probably like a lot of little kids, and maybe even yourselves, when you first saw fire flies. They are so neat.  Check out the attached photo of one I captured in a bottle.  Now, my photos of close up insects is not the best, but the bugs sure are ugly. 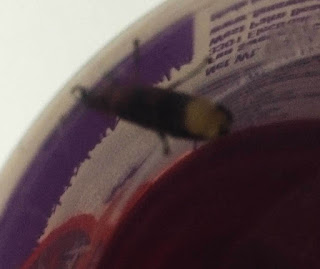 You can probably check out a better picture on the Internet. But, luckily, while examine the captured bug, Resident Astronomer Peggy succeeded in getting the bug to flash once by tapping on the bottle.  That was pretty neat.

So, now we're back in the observatory waiting to do some real amateur observing.  Tonight though we will be viewing fireworks as part of the 4th of July celebration.

So wishing you all have a good time yourselves from the entire observatory staff, Astronomer Assistants Ruby, Danny and Willow and Resident Astronomers Peggy and myself