Fun in Julian at Julian Star Festival and first images M4, M7, M22, NGC457, and M13 and even possibly Neptune?

This week has finally culminated in some observing success and photos after finally getting a good polar alignment.  But first, a quick reminder about the upcoming star festival in Julian this next weekend, August 13-15.  This is a great opportunity to see some stars, check out all the vendors, have some apple pie and wake up in a bed and breakfast.  Check out http://julianstarfest.com

Well, as I mentioned last time I was having a hard time getting a good alignment and finally had a breakthrough at the Black Star canyon star party.  Amateur astronomer David had put me on to some YouTube videos going over alignment and I found
one that covered my specific AVX polar mount.  I found out what I was doing wrong and what I was not doing and after re-reading the instruction manual, I finally got it.

Once the scope was aligned and got the successful alignment message on the hand controller, I immediately tried out the goto capability and slewed the scope to M4 and M7.  Unfortunately, I was so excited about seeing how this would go I had forgotten to attach the counterweight and half way through the skewing motion the scope just drooped out of alignment because the unbalanced scope just overcame the mount motor torque and all alignment was lost.  Darn, well that is what being an amateur is all about. I had left the counterweight off because I was trying to use the mount through axis alignment feature and align directly to the North Star.

The good news is that I got some additional practice to redo the alignment and then check out the goto capability.  I slewed the scope to half dozen targets and found that the goto location accuracies were very good and only minor adjustment was necessary.  The objects were not quite in the center of the camera image, but not too bad.

The images below for M4, M7, M22, NGC457, and M13 were all taken with exposures between 13-30 seconds.  Another amateur lesson learned came up when I learned I had not completely tightened the camera to the optical tube and the makers slowly rotated during the exposure.  I've pasted this interesting photo learning experience also. 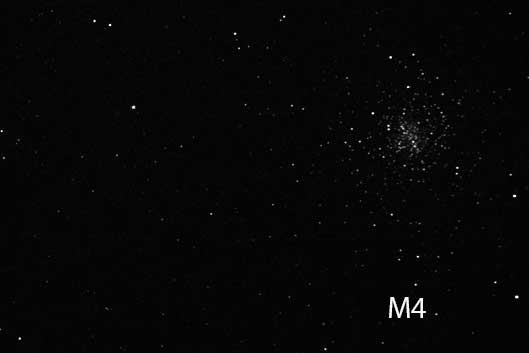 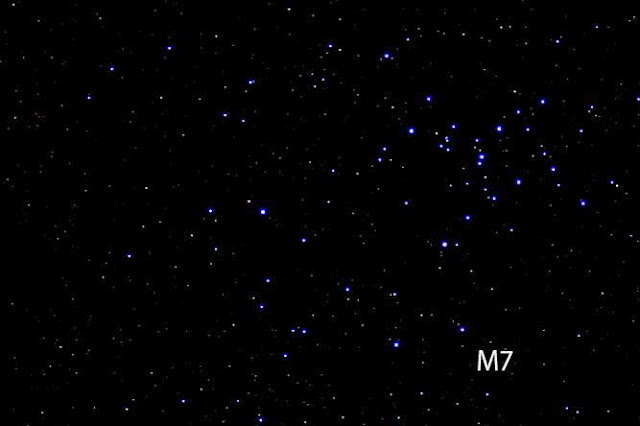 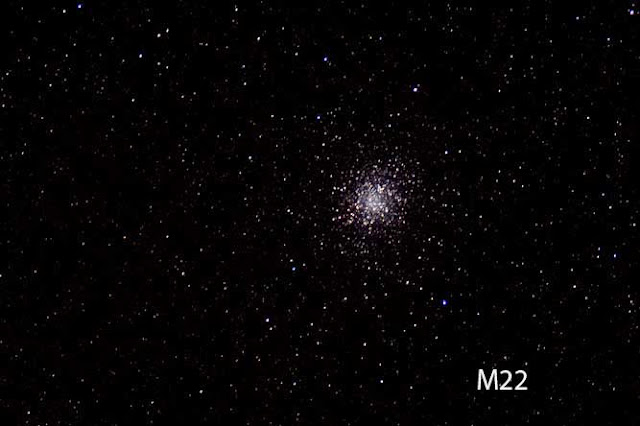 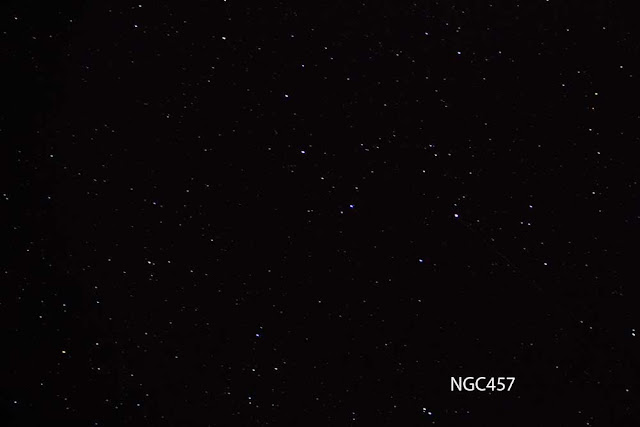 Finally, as it was nearing midnight and we had to start packing up, I tried to slew to Neptune.  I couldn't see anything there in the camera image, but when I got home and used Photoshop to enhance the image, by golly, I might of caught a glimpse of Neptune. 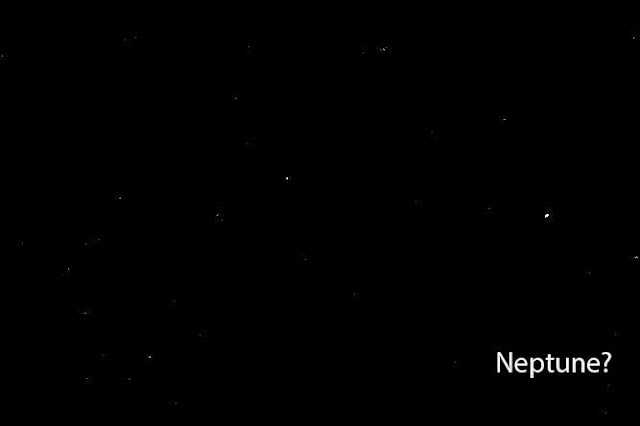 The angular size of Neptune is only 2-3 arc seconds and that is about in the range of my camera pixel size.  Anyway there is one object in the image that seems bigger than a star and seems to have definition like a planet.  What do you think?

See you next time, hopefully in Julian
Resident Astronomer George