Well this week has not had any astronomical observing and has been tied up with some physics colloquia on planet formation and gamma ray backgrounds and revisited a book on supersymmetry.


First up, we received a note from OCA He's Into Bugs, George, who had some good things to say about a book on supersymmetry by Gordan Kane.  Now, for me, I had sort of bypassed Kane's book because it was not mathematical, but when I tried to read other more mathematical books on supersymmetry I got lost very early on.  So, based on George's comments, I went back to Kane's book.  Wow, this textbook has some good discussion about the history of supersymmetry and the scientific method and why the beauty of the theory has driven physicists forward and forward and which ultimately resulted in identifying predictions that could be verified in the laboratory.

So, hopefully, if I can get through more of this book, I will be ready to try again some of the more mathematical books.  If you want a good introduction to what supersymmetry is all about, without needing to already know quantum field theory, then you should check out this book.  Thanks for the review and recommendation, George! 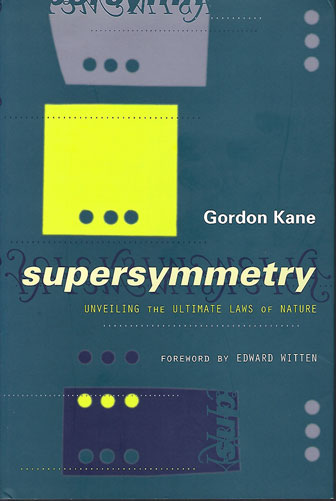 Next up, we can return to the physics colloquia.  First is the one at CSULB where Professor Wladimir Lyra, Cal State - Northridge, spoke on the Birth of the planets: Signatures in Circumstellar Disks.  He described some of the latest magneto-hydrodynamic simulation and modelling of planetary disks and how incorporation of disk magnetic fields is now seen as an essential part of planet formation.

Previous models of planet formation worked quite well to describe how dust can coagulate into centimeter sized pebbles and then how large planetesimals could coalesce into larger planets, but there was this missing gap as how to get from pebbles to kilometer size planetesimals?  Current modelling shows the region of the disk near the new star can be ionized and magnetic forces are influential there.  Next is a "dead zone" where the star cannot ionize the disk gas and dust.  Then further on out in the disk, the gas and dust can again become ionized due to cosmic rays and other factors.

The two figures below show the dead zone concept and location.

And in this next slide depicts how the dead zone, where magnetic forces are not important in this unionized region, lies between a region ionized by the star's UV radiation and a region further out which is ionized by x-rays and cosmic rays.  The regions susceptibility to ionization is a function of the gas density and optical opacity which varies along the disk.  The dead zone does not support the magneto-rotary instability (MRI) which would normally prevent larger coagulation of pebbles.


The outer edge of the dead zone is where small pebbles are thought to be able to coalesce into the larger planetesimals.  The outer edge of the dead zone is also a region cold enough for ice to be present.  The ice also helps create the conditions for planetesimal growth.  The dead zone does not have the same turbulent environment that would shred larger pebbles.  I can't say that I understand the magneto-hydrodynamics (MHD) of the simulation or theory, but the introduction of the dead zone seems to be very effective in filling in the mystery of how the larger collections of pebbles can occur.

I asked Professor Lyra how the stability of planet formation around binary stars could be affected.  He said the binary star systems do not much support planet formation except for larger distances away from the common center of gravity for the pair.  Hmm, since many stars are formed as binary stars, this seems to lower the number of potential habitable planets in the universe.  Anyway, thanks for providing some insight into this new dead zone concept, Professor Lyra!


Next up was the UCI physics colloquia where Professor Troy Porter, Stanford U., described some of his ongoing work in developing better models of the gamma ray background.  These new models are fully three dimensional and include not only the sky position of the gamma ray sources but their distances.  He incorporates the location of the Milky Way spiral arms, which is where most of the stars and other radiation sources are located.  He began his talk with a question regarding the Fermi Bubbles, which as you may recall were reported as huge symmetric regions of excess gamma ray emission around the galactic center.  As it turns out, he is skeptical about the reported bubbles, not because he has conducted the analysis, but because he knows that to identify any excess signal one must first have a very good model of the normal gamma ray background from known sources.

So check out one of the latest Fermi - LAT image releases below.  The central disk of the Milky Way is very bright in gamma rays and other pulsars and supernova remnants (SNR) are visible in the halo region also.  The Vela SNR is particularly bright.


Professor Porter, et al, are making a lot of progress in modelling the location of gamma ray sources in three dimensions.  A new feature now being added to the model is to include the variable nature of many of these sources also.  If only the sky stayed the same, but these source vary and new ones, like SNR, appear.  Even our Sun goes through periods of high gamma ray production.  Normally, the Sun does not show up very bright in these Fermi - LAT images, but take a look at this data map from 2012 when the Sun was very active.

It turns out that even the Moon is a source of gamma rays.  When high energy solar wind particles collide with the Moon, which does not have the protection of a magnetic field, gamma rays are produced.  Check out this image of the Moon in gamma rays.


Professor Porter is also updating the computer codes that calculate the propagation path of high energy cosmic rays, which are deflected by galactic magnetic fields.  So to model the gamma ray background you must also keep track of galactic magnetic fields.  It all is a lot of work and seems quite complicated.  So, it seems we have to wait a bit more to see if the Fermi Bubbles are really there or not.  My guess is that they do not represent new physics, but just reflect a pseudo excess due to older models of the gamma ray background.  Anyway, thanks for the insight Professor Porter!