Get ready for AAS 237; Coming up on the Mars and Uranus Conjunction; How to sequence DNA; Astronomer Assistant Willow

Well this week has kept busy indoors studying about how DNA genome sequencing works and practicing outdoors trying to photograph Uranus with a DSLR telephoto lens.  But first we should check the calendar for upcoming AAS meetings.

The 237th annual meeting of the American Astronomical Society is being held Jan 11-15.  Last January, the AAS meeting was held in Hawaii and Resident Astronomer Peggy and I took advantage of the location and had fun in the sun there and even managed to attend a few AAS sessions.  This time the meeting is conducted all online.  So be sure to sign up (take advantage of your amateur astronomer affiliations to sign up for a reduced rate) and we will see you online next week.  The plenary lecture sessions are shown in the schedule below.  We start with the Kavli Plenary Speaker, Paul Demorest at 8:00 PT on Monday.

We also received an email notice, from Mike and gang and OC Telescopes, alerting us to the upcoming Mars-Uranus-Moon conjunction later in the month.  Mars is steadily approaching Uranus and is about 5 degrees away now.  Check out the Sky Safari Pro screenshot showing the current position.  Thanks for the heads up reminder, Mike!

With the conjunction in mind, this lazy astronomer wannabe went outside with the flimsy camera tripod and tried to capture Uranus and Mars together.  Uranus is pretty dim at magnitude = 5.7, and can't be seen in city lights viewing.  Even in this DSLR image with 75mm telephoto lens, you can just barely recognize the little blob of light as the planet Uranus.

But just wait for the upcoming conjunction when Mars and Uranus and the Moon will all be very close together.  With Uranus now bracketed between bright Mars and Moon, you can't help but get it in the photograph on January 20.  Good luck!

Finally while we wait for the Mars-Uranus-Moon conjunction, we can follow up on how genomes and viruses are sequenced and identified.  We have seen articles that listed the something like 16,000 base pairs of genetic coding that are in the virus that causes COVID-19.  The sequence of the 16,000 base pairs takes several pages to list the sequence, which is made of alternating letters, A, T, C and G, which represents the amino acid that is used in the nucleobase, which is part of the DNA genetic code.  You have seen many news articles describing how different variants of the SARS-Cov-2 virus have been detected and then followed across the globe.  So, how is the genome of the virus sequenced and identified?  Well, to find out, I have retreated into the pages of this 1300 page behemoth, "Molecular Biology of the Cell."  This is an excellent book if you want to study molecular biology.

There many chapters that cover the structure of DNA and how it is copied and duplicated and how proteins are generated by reading parts of the genes in the DNA.  But the question before us is just about getting an idea of how DNA can be sequenced in the laboratory.  There is a lot of laboratory preparation of a DNA sample for sequencing and we will not go over that.  Also, our beginning question had to do with the sequencing of viral RNA, but the approach is mostly the same with some other complications that we won't go into now.

One of the early technique, used for the Human Genome Project, was the Manual Dideoxy Sequencing method, also called the Sanger method, after one of the early inventers.  Check out the details in the chart below that was copied from page 478 of the text.

The dideoxy method starts with a single stranded specimen of DNA, which has been hybridized with a short primer segment.  The primer segment just sets a know starting position from which the rest of the DNA molecule will be read.  Then divide up the sample, with ample nucleosides (A, T, C, and G).  The DNA is made up of a chain of these four nucleosides.
Then the sample is divided up into four separate sections, each in its own channel of an electrophoresis cell, to which a small amount of a different version of nucleoside is added that terminates the reaction and prevents other nucleosides from being added to that string.  So some of the sample in each channel will terminate because just at that time the DNA sequence was match up with that terminating nucleoside.  The remaining portion of the channel continues on and adds each of the non-terminating nucleosides.  Eventually a portion of the remaining sample will again be matched up with the terminating nucleoside and the sequencing of that particular strand will stop.
Now keep in mind that these four separate channels of the electrophoresis and the longest strands migrate slower than the strands that have less attached nucleosides.
So at the end of the test, to determine the sequence of the DNA, all one has to do is trace back up to the top of the electrophoresis cell and note the channel.  Each channel tells you which of A, T, C or G is next in the sequence.

The next generation of DNA sequence measurement is an automated version, which has brought the cost of doing a complete DNA sequence assessment of an individual down between $100-$1000.  This Illumina method of sequencing starts with the entire genome shredded into separate pieces of the same length.  So for example, if the genome is made up of say a million base pairs, the DNA might be segmented into 10,000 shorter segments of say, 100 base pairs each.  Now for the Illumina method these shorter segments are each anchored on a plate (sorry, I don't understand yet how that is done) and the plate array is placed in front of a camera.  The camera take a photo of the array of all of these strands of segmented DNA.  Now the automated part of process goes into effect.  To start, four color coded, fluorescent nucleosides are added and some of the strands will be complementary to one of the colors and bind to it. The camera then takes a picture of all the anchored strands and the recorded color tells which of the A, T, C or D bases pairs is at that location.  Now the machine automatically chemically removes the color coding portion of the nucleoside and the process is repeated again.  The next camera image shows which of the four colored nucleotides is the next base pair in the segment of DNA. So this automated process, illustrated below, can very quickly and inexpensively generate the sequence of any DNA segments.  Then all that remains is for the results of the millions and billions of recorded camera pixels to be analyzed and combined so that the original sequence of the original DNA before it was segmented can be published.  Who knew that microbiologists analyzed giant arrays of pixels, just like astronomers! 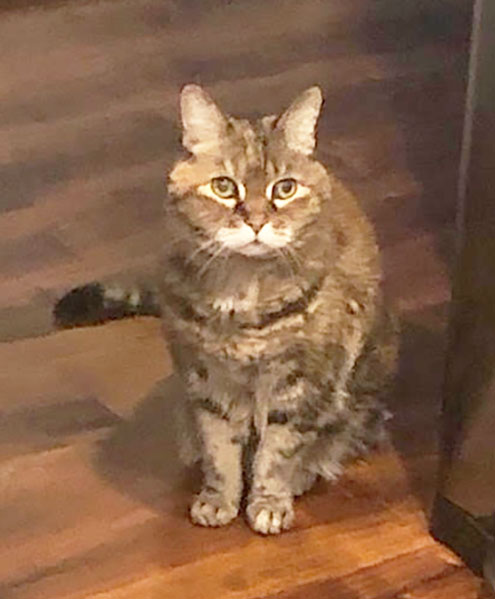